Inauguration of a University bulding heated up with Cogen’Air!

The INHNI of Bordeaux built in 2017a new university building. Located in Pessac, this building of 2200 square meters welcomes students as part of their training. On 11th October 2017, INHNI inaugurated its new building dedicated to teaching.

INHNI asked BASE to install 100 Cogen’air thermovoltaic panels to improve the energy efficiency of the building.

The electricity produced is self-consumed within the building for its electrical needs. The heat produced is sent to the air handling unit, which processes the renewal of the regulated air. Cogen’air installed with an air handling unit allows solar production to be combined with the air exchange and to improve its energy efficiency by reducing the electricity consumption to heat the new outdoor air blown into the building. 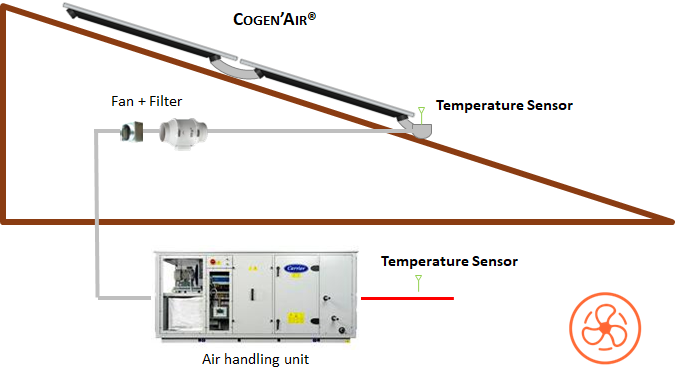 Moreover, the Cogen’Air panels producing fresh air at night, they cool down the building during the summer to reduce the electric consumption of air conditioning.

This project responds to both economic and ecological stakes: